Posted at 17:09h in Around the Rink, Articles by nyhladmin

The Warren Park Eagles U13 select team won the Humber Valley Shark Attack tournament in Toronto this past weekend.  Warren Park had four wins and two ties over three days to walk away with the championship.

The Eagles had a rematch against the Humber Valley sharks in the semi-final, who they defeated earlier in the Round Robin by a score of 4-2. The Eagles advanced to the Final after another close game that ended 3-1. The Final was between the minor development team from Burlington and the Eagles. The two teams had met earlier in the Round Robin with the game resulting in a 1-1 tie. Thanks to goals from Samual Moreau and Jude Chan as well as some strong goaltending from Scott Maich, the Eagles were able to clinch a 2-1 championship victory! 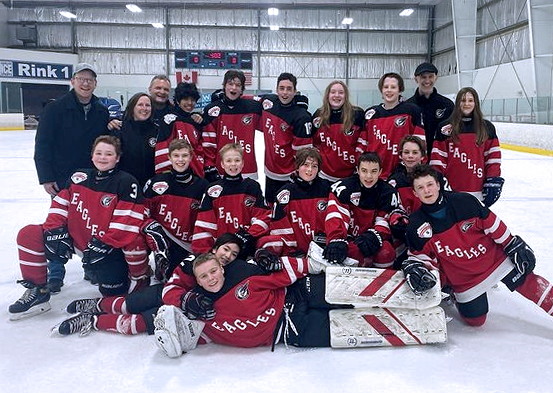