Posted at 12:15h in Around the Rink, Articles by nyhladmin

The U9 Goulding Park Rangers win gold at the Humber Valley Shark Attack Tournament this past weekend.

The Rangers dominated the Round Robin scoring at least 5 goals in each of their 4 games, with 3 shutouts and only two goals against.

They advanced to the Final where they faced the 2nd seeded Loyalist Jets who came all the way from Kingston. The Jets were poised to avenge their 7-2 round robin loss to the Rangers and bring home the championship.

However, the Rangers were not going to let that happen and were determined more than ever to capture their first championship of 2022.

The Rangers kicked off the scoring and maintained a 2-0 lead going into the third period. This game was much closer than they expected. After an inspiring speech by coach Paul, the team went out into the 3rd period with faces of determination to win the gold medal. Shift after shift the team skated faster, hustled harder and kept up the pressure. The Rangers went on to win the Gold by a score of 5-0 and secured another shutout for goaltender Ethan Zigelstein. 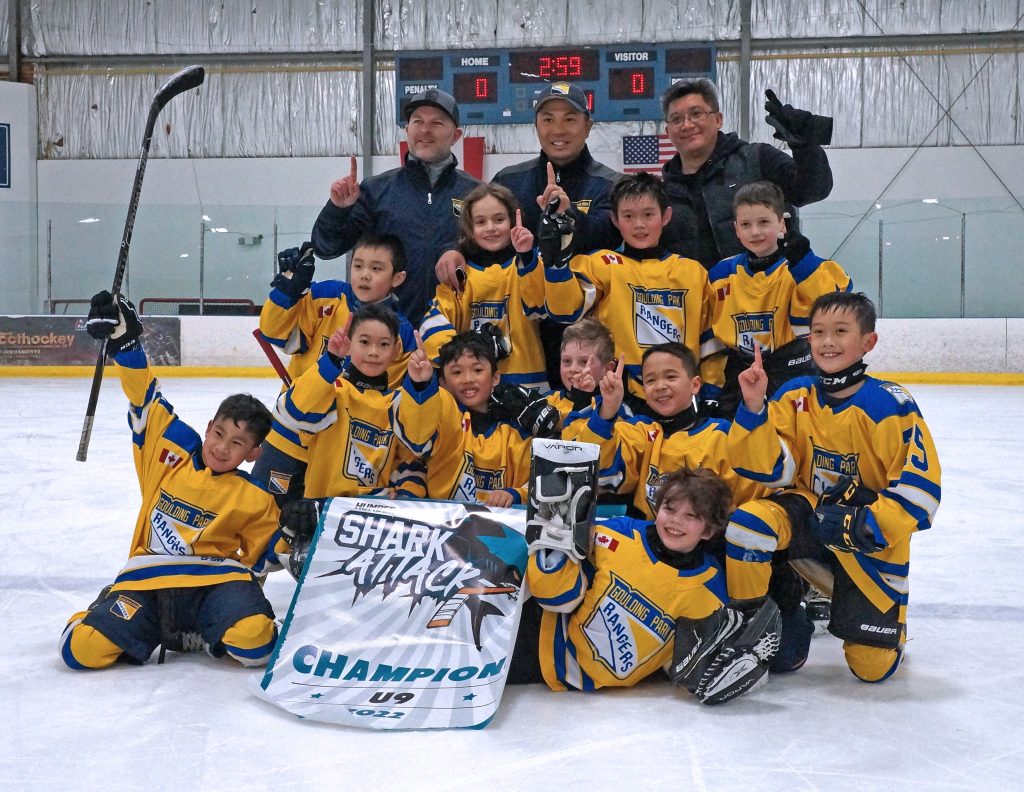