Posted at 15:16h in Around the Rink by nyhladmin

Goulding Park is away on a two-on-one. They pass, they shoot, they score! If you were around the young U9 Goulding Park Rangers, you’d know this was a common theme throughout their pursuit of an NYHL championship.

Their flawless passing, relentless speed and heads up system separated them from their opponents according to coach Paul Francisco.

The young Rangers chipped away at each opponent bit by bit and treated each game as stepping stones toward their greater goal. They would exit the Round Robin and go into the championship finals with an undefeated record.

Defeating their opponents would be no simple feat. They were up against the Duffield Devils Silver. These Devils had proven too strong for their own age group and were bumped up to U9 for tougher competition. They were determined to win as well.

The two teams would play a two game series with the first team to 3 pts being crowned the NYHL 2022 champions.

Goulding Park came out hungry and scored four goals in the first period to lead the game 4-0. The Devils didn’t go away though and clawed their way back into the game by the third period. The Rangers were able to hold on and come away with the win by a score of 6-4 and go up 2pts to 0pts in the series.

The Devils Silver came into Game 2 determined to force a deciding winner take all mini game. With their back up against the wall, the Devils would win Game 2 by a score of 6-2 and force a series deciding mini game.

A mini game is a 10-minute running time period, with stop time during the final minute. The entire period is played and the team with the most goals by the end of the period wins the championship.

The Rangers felt deflated after losing Game 2 but after an inspiring speech by coach Paul, the team went back on the ice with faces of determination to win it all. Shift after shift, the team skated faster, hustled harder and passed the puck crisper.

Their hard work would pay off as the Rangers would on to win the mini game by a score of 3-1 and become the U9 Tier Two NYHL Champions.

Congratulations to the new U9 Tier Two NYHL Champions! 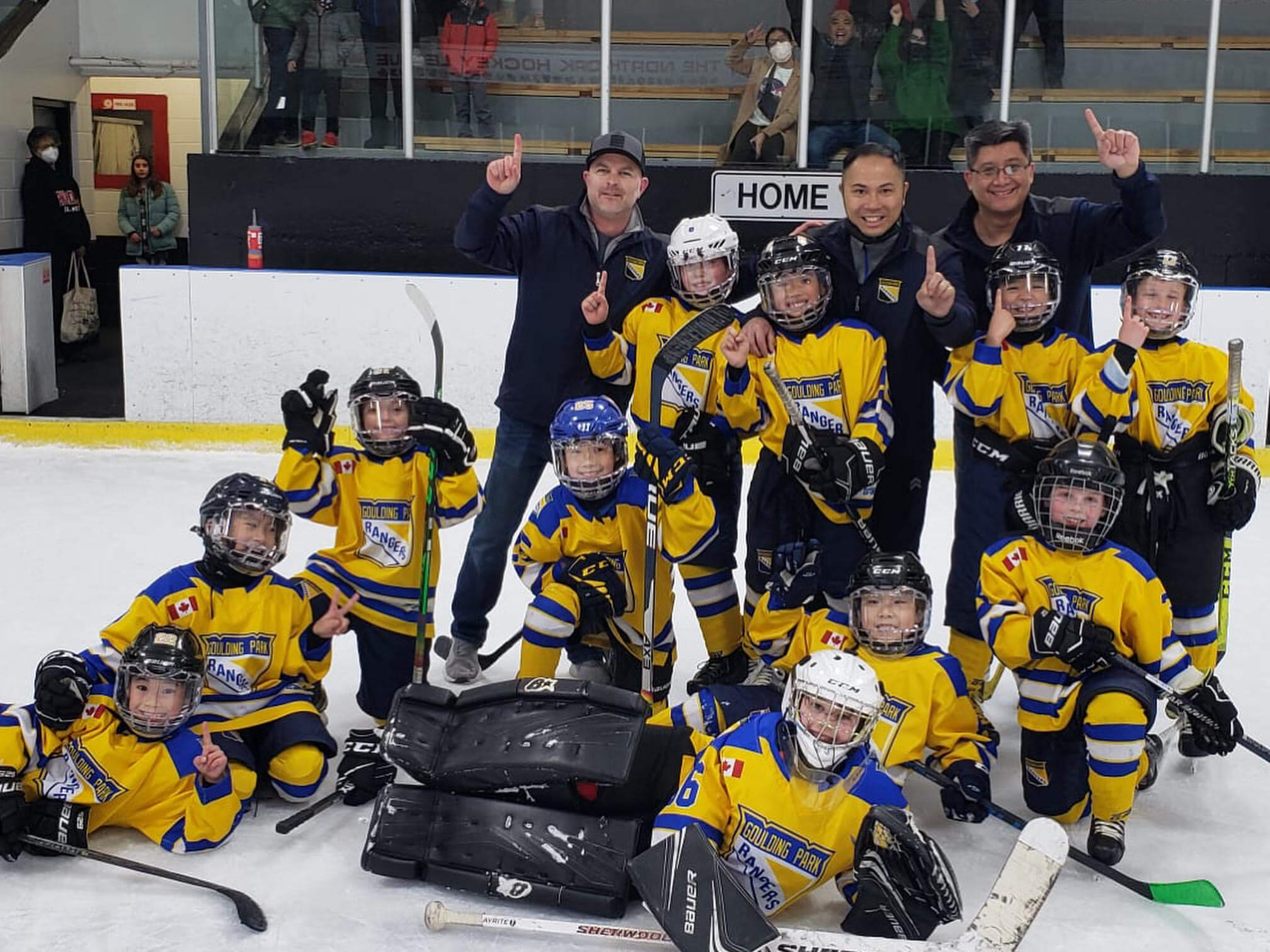